1. HISTORY: Describe the history of language from its origins to the present day, concentrating especially, but not exclusively, on its social, political, economic, religious, and philosophical impact on Europe, Asia, America and Africa. Be brief, concise, and specific.

2. MEDICINE: You have been provided with a razor blade, a piece of gauze and a bottle of scotch. Remove your appendix. Do not suture until your work has been inspected.

3. PUBLIC SPEAKING: 2,500 riot crazed aborigines are storming the classroom. Calm them. You may use any ancient language except Latin or Greek.

4. BIOLOGY: Create life. Estimate the differences in subsequent human culture if this form of life had developed 500 million years earlier, with special attention to its probable effect on the English parliamentary system. Prove your thesis.

5. MUSIC: Write a piano concerto. Orchestrate and perform it with flute and drum. You will find a piano under your seat.

6. PSYCHOLOGY: Based on your knowledge of their works, evaluate the emotional stability, degree of adjustment and repressed frustrations of each of the following: Alexander of Aphrodisias, Ramses II, Gregory of Nicea, Hammurabi, Pete Carroll, and A. O. Spare. Support your evaluation with quotations from each man’s work. It is not necessary to translate.

7. SOCIOLOGY: Estimate the sociological problems which might accompany the end of the world. Construct an experiment to test your theory.

8. MANAGEMENT SCIENCE: Define management. Define science. How do they relate? Why? Create a generalized algorithm to optimize all managerial decisions.

9. ENGINEERING: The disassembled parts of a high powered rifle have been placed in a box on your desk. You will also find an instruction manual, printed in Swahili. In ten minutes a hungry Bengal tiger will be admitted to the room. Take whatever action you feel appropriate. Be prepared to justify your decision.

10. ECONOMICS: Develop a realistic plan for redefining the national debt. Trace the possible effects of your plan in the following areas: Cubism, the Donatist controversy, and the wave theory of light. Outline a method for preventing these effects. Criticize the method from all possible points of view.

11. POLITICAL SCIENCE: There is a red telephone on the desk beside you. Start world war III. Report at length on its socio-political effect, if any.

12. EPISTEMOLOGY: Take a position for or against Truth. Prove the validity of your position.

13. PHYSICS: Explain the nature of matter. Include in your answer an evaluation of the impact of the development of mathematics on science.

15. GENERAL KNOWLEDGE: Describe in detail. Be objective and specific.

Apr 18 2021  Esoteric Media
How to Identify Almost any Bird 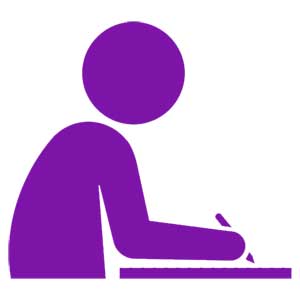