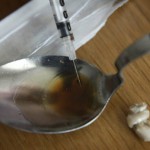 Forty years ago, I watched a junkie shoot up. He melted some white powder in a spoon and put the liquid in a syringe, then tied a rubber cord around his arm, pulling it tight with his teeth, before injecting the contents of the syringe. I haven’t thought about it in years, but lately that image keeps coming into my mind as I observe all the happy talk about the “new” energy sources that are “making America energy-independent.”

Horizontal drilling is fairly new but fracking has been done for decades; we’ve known how to get oil of shale sands for a long time; and the only thing new about the drilling about to commence in the Arctic is its availability, ironically caused by the global warming the oil companies deny. Together with the continuation of mountaintop removal coal mining, what all these technologies have in common is desperation…reminiscent of the desperation that drove that junkie to shoot up, despite the horrified gaze of a sixteen year old girl. He took just a small dose, just enough to “get well”…meaning to beat back the symptoms of withdrawal.

Similarly, it’s only because of the high price of conventional oil that these extreme technologies are moving forward. Given the dwindling supply of light sweet crude, and the rapidly rising demand in populous India and China, the price is unlikely to come down again for long. Fracking, drilling in deep water and the Arctic, the production and piping of tar sands oil, and mountaintop removal coal mining have high costs both in terms of bankrolling the operations, and in terms of risk—often, risk to the safety and healthy of the workers, but also to the environment. There seems to be broad agreement that we can deal with the threat to the environment by pretending it doesn’t exist. It is utter madness to keep frantically pumping fossil fuels out of the ground by any means possible when we know we’re close to the threshold of catastrophic climate change—not to mention all the other harms done by drilling in the extreme environment of the Arctic, underwater, or pumping toxic compounds mixed with millions of gallons of precious fresh water, deep underground. Or using Canada’s fresh water and natural gas to turn nasty chunks of bitumen into a sludgy compound just capable of being pumped through leaky pipes over critical aquifers to refineries thousands of miles away. Or exploding mountaintops and burying the nearby streams under the rubble.

Are we so desperate for a continuing fix of cheap fossil energy that we knowingly do such extreme damage to our only planet? Collectively, we’re pulling that rubber cord with our teeth, and bringing the needle full of filthy tar sands oil closer to the vein…

Is there no alternative? What about the clean, renewable energy sources, primarily wind and solar but potentially including a component of tidal power, ocean thermal and others? Why do we still get such a small percentage of our power needs from these? If we take the “externalities” into account—if we were to add all the costs of each source to the bill, including such things as buried streams, air pollution, climate change, trashed landscapes in Alberta, the health costs of those living near wells and mines, earthquakes caused by injection of fracking waste fluids, and that vague but real emotional stress felt by virtually everyone alive today as we contemplate what we’re leaving to our children—then surely the clean sources are already cheaper. Moreover, building a large number of new windmills and solar panels and installing them, along with a “smart grid” perhaps, would provide millions of badly needed new jobs. So why aren’t we doing this instead of shooting up with fossil fuels? I believe there are two reasons, one involving the decision-makers and the other the public.

For the .01% whose desires are law to the Congress of this and other countries, what’s in that syringe is not energy so much as money. The remaining fossil fuel reserves are the asset base of the extremely wealthy and powerful oil and gas companies, and those in charge are determined to wring the value out of those assets no matter what the cost to the rest of us and our world. Thus we have the utter absurdity of continuing subsidies for oil companies, the most profitable corporations ever to exist.

For the rest of us, the situation is quite different. For most, it’s more a matter of being reluctant to accept any change in lifestyle and habits, that explains our failure to demand change. Probably, given the much lower energy density of solar and wind than fossil fuels—which represent the stored solar energy of millions of years—it isn’t realistic to expect that a largely or entirely renewable energy system would allow us to live like we do now. But is the energy-obese American lifestyle making us happy? Or secure? or healthy? It’s not, and to those who think life would be impossible or not worth living without expending 20 to 30 kilowatt-hours a day in our homes, plus what we use for transportation and manufacturing, I point out that our ancestors lived without any electricity at all for thousands of generations—right up to approximately a century ago.

My other argument is personal. My husband and I have an off-grid solar system, which cost us $9070 (all components) in 2009 (the panels are considerably cheaper now). Tax rebates reduced the cost by about half. This system gives us all the power we need; we use about three kilowatt-hours a day, ten percent of the average US household. We have laptop computers, lights, microwave and blender, power tools, fans and a conventional refrigerator. I don’t believe we are living in deprivation or austerity. True, we have no appliances running 24 hours a day, no insecurity lights to dim the stars, no air conditioning (we built our house against tall trees to the west, so fans are ample for cooling).  Thus, I believe America could use a quarter of its current electricity budget with no real loss of quality of life.

The time has come to face our addiction, and accept the withdrawal symptoms on our way to health. We can’t expect the sociopaths running our energy corporations and through them, our governments to lead the way. Instead, we must do it ourselves, withdrawing support from corporations and finding ways to meet our needs directly ourselves, or cooperatively in our communities, where possible. One of the ways to do that is to set up renewable power for our homes—now, not in some vague future when, possibly, it will be cheaper than today. 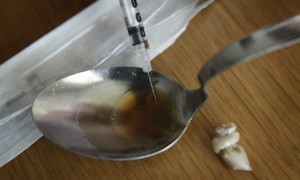