Originally published in the Charleston Gazette-Mail

According to Senate President Mitch Carmichael, “We have a moral imperative to provide low-cost energy, not only to West Virginia, but to the world.” So it’s not only a matter of revenues and jobs behind the current push to exploit natural gas in the Marcellus and other shales, it’s also a “moral imperative.”

We’re apparently obliged not only to keep drilling and fracking the gas, but also to pipe it out of the state in every direction, to gas-fired power plants, to “cracker” plants which use the components to make plastic, and of course, to export.

I guess this is just the same old moral imperative West Virginia has operated under for more than a century, as our miners paid with unsafe working conditions and black lung to produce cheap energy used elsewhere to power clean, safe jobs. After coal, now it’s our moral duty to provide the world with cheap energy in the form of natural gas, so people everywhere can go on living comfortably without worrying about energy efficiency or expanding renewable energy options; so men from Texas can have jobs installing pipelines over our steep mountains, through crumbly karst terrain, and of course, through a whole lot of people’s backyards.

Some of those backyards belong to people who worked for years to build homes and businesses on land they worked for years to purchase; others struggle to maintain a family homeplace. Either way, now they’re expected to give up parts of their land, and either move or live with the dangers of a leaking or exploding pipeline.

It’s the same for those who live where the gas is extracted. They are forced to live with multiple stressors: the constant noise and lights and fumes from the fracking operations, or the compressor stations, from the trucks that crowd narrow mountain roads, from the mysterious deaths of livestock and pets and illnesses in the family when well water is polluted, from the air pollution caused by all this industrial activity in what used to be bucolic mountain towns. According to Carmichael and the gas industry, it’s our moral duty to provide cheap energy to people in nearby states and distant countries, no matter what the cost to ourselves. Many of these states and countries have banned fracking, because the health of their residents is a high priority.

But what about the fact that people in surrounding states have drinking water that originates in our headland streams? This is even true of people living in parts of Ohio and Kentucky, whose drinking water comes from the Ohio River. With plans afoot for several pipelines crossing under it, as well as drilling directly under it, all of this water is at risk. Could it be that our moral imperative is not to supply the world with cheap energy, but rather, to supply surrounding states with pure water?

We should also consider the people who live downstream in the other sense, in terms of time — our descendants. Before many decades have passed, the gas will be gone, and we will necessarily be relying on renewable energy, whether we’ve had the foresight to invest in solar and wind-powered electricity production — or we must revert to things like water power, animal power and candles. In any case, we will certainly still need water. Will it be clean and safe? How feasible will agriculture be in the warmer, more chaotic weather that will be the norm in a decade or two or three, since we refuse to do anything to mitigate climate risk? Building those gas pipelines, compressor stations, gas-fired power plants and cracker plants only locks us into the foolishness of dependency of dirty fossil fuels, when the world is increasingly turning to ever-cheaper and more practical renewables.

West Virginia could, for once, take a leadership role in creating jobs by building renewable energy infrastructure. And we could let the people in surrounding states develop their own renewable resources, instead of sparing them the trouble by piping them “cheap” energy for which we’ve paid most of the price. We could also decide to prioritize sending them something they’ll need much longer than that gas will last: clean, pure water, which will flow downhill out of West Virginia into surrounding states for a long, long time.

Mary Wildfire, of Roane County, is a volunteer with the Ohio Valley Environmental Coalition. 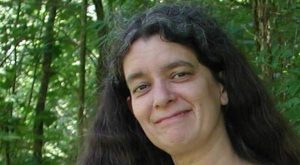